I was getting ready early morning in Nanaimo when my phone rang and my classmate who was driving us to a nursing practicum said; twin towers World Trade Center were hit and there is a disaster in New York. I was very surprised and had a thought that stays with me that even if I don’t have tv internet or cellphone important news arrives to me. We got in the car sometime later and discussed briefly what was happening in New York. There in Nanaimo, we were caring for elderly people. I was looking and noticing the news on the TVs of the private assisted living home residents, an enormous shock, turmoil, fear, suffering of New Yorkers who were unexpectedly attacked. The scene of fire burning towers remains in my mind.

It is 20 years later and along with the rest of the world, I am affected by this horrific incident. Withdrawing American troops from Afghanistan is a better choice for the American people. Violence doesn’t heal violence. I don’t want any more war in this world. The result of violence adds more suffering. These deaths brought sudden grief, it raised again in the global mind thinking about what type of dying is proper. Dying for any cause is a sign of incorrect thinking. The event raised fear globally and everyone responded according to their heart. For me, it moved me into more spiritual practices and reflection about living and dying. In the ’90s Sogyal Rinpoche wrote a great book on the topic of life and death and the meaning of dying. This book is an acclaimed spiritual classic. From the heart of Tibetan Buddhist wisdom, this book is a treasure on the path of understanding dying. It demystifies the many fears people have on this topic. It is not only for a religious practitioner it is also accessible to people of all walks of life to bring about respectful living. Along with Americans today I remain in silent prayer about the lives lost and changes that this event brought to our world. 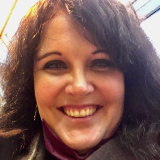 Maria Aleksa Sonam Wangmo (she/Goddess) 🖋 my family name is Szewczyk. 🌴🦦🌴
I am weird. I believe in nature & nurture. I am an Ayurvedic Life-Style Counselor. I have a husband Loten Dahortsang. I have a daughter Kata.
ཡོཾ་ཏཱ་རེ་ཏུ་ཏྟཱ་རེ་ཏུ་རེ་སྭཱ་ཧཱ།
Ha Ha Ha Ha Ha! That’s for my family. 🐚🪨
I have a mandala.
I have Big Love in my life. I have children.
Chocolate is my friend. We are teachers. Chocolate has much to teach.
We love to help people. 🧉